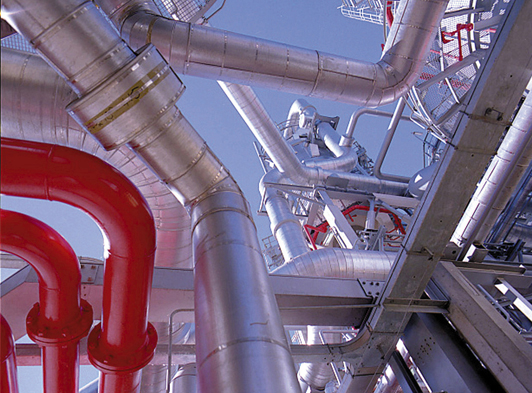 CATS, the Central Area Transmission System, delivers 12% of the UK’s Gas demand through a 36” 223 mile long pipeline from the central North Sea to the CATS processing Terminal in Teesside. CATS handles more than 48 million standard cubic meters of Natural Gas a day.

The CATS pipeline had suffered damage due to a vessel anchor dragging into and over the pipeline. A repair was undertaken using a grouted repair sleeve, following which three fabric formworks were installed to support the pipeline on completion of the repair.

With the pipeline having to be shut down because of the damage it sustained, efficient and effective completion was critical.

The 4.2m repair sleeve was formed from two steel half shells secured together by bolts along the median line. The connection between the sleeve and the pipeline was made by injecting grout into the annulus around the pipeline.

Structural integrity of the repair hinged on the positioning and retention of grout in the annulus. The bolted faces of the repair sleeve were equipped with an elastomer seal to retain the grout; a circumferential seal was also provided at the ends of the sleeve to retain grout. The sleeve had primary, secondary and tertiary grout inlets along the bottom through which grout could be pumped into the annulus. Three overflow ports equipped with 1m high standpipes were situated along the top of the sleeve where grout could be observed once it had filled the annulus.

The fabric formwork used was a Type 100-150 which is suitable for supporting a pipeline of 36” diameter with freespan heights up to 1.5m. The formwork was manufactured from polypropylene and polyester, with a wide base mattress to distribute the load applied to the seabed. It was deployed using divers.

During mixing, the slurry density was monitored at intervals using a pressurised slurry density balance. Two samples were taken during the grouting of the sleeve, one at the start of grouting and one at the end of grouting, once satisfactory returns had been observed. For each sample the slurry density was measured and recorded and 19 75mm grout cubes were manufactured. Each cube was marked to identify the project, time and date of casting and the specific gravity. The samples were cured underwater at the seabed temperature of 10oc ± 1oc until removed for testing.

Our experience of structural repairs comes from installing grouted clamps on jacket members, so this was a little left field for us. Still, the concept and procedures were similar and so we were happy to be approached by Technip to complete this critical project for BP.

We needed to implement contingency procedures towards the end of grouting the clamp annulus as slight leaks were observed from the circumferential end seals. In order to reduce the pressure on the seals, the vertical standpipes were removed from the outlets, following which the leak stopped and grouting was deemed complete.

The repair sleeve on this damaged part of the pipeline was successful with only minor grouting problems which were rectified quickly. The formworks installed at this location worked well and were a good fit for the damaged pipeline. The repair work was completed ahead of schedule and at short notice. The client praised FoundOcean for our efficiency on this repair and stabilisation project.