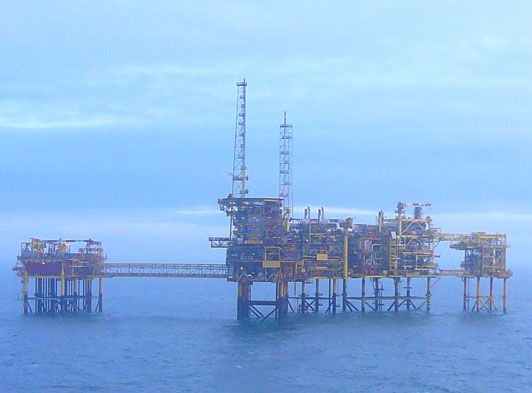 Seabed scour had occurred at the platform and hydrodynamic loading was causing the jacket to move about the driven piles. This movement could be felt in the steel platform and topside. The movement was expected to reduce the life of the jacket had it not been rectified.

Scour had occurred at the bottom of the jacket legs and as such, the mudmats were no longer sitting on the seabed and this was putting stress on the welded connection. The solution was a three stage fix to strengthen the leg-to-pile connections and reinstate the mudmat supports.

Each custom donut-shaped grout bag was placed under and around the mudmats. This formed a seal for the next phase which involved pumping grout into the void under each mudmat. As well as giving additional support to the jacket, grouting the void formed a seal at the bottom of the pile annuli as they had not been designed with grouted connections in mind. The final stage of the project was to fill the annuli with grout, eliminating any movement in the jacket.